Suave superspy James Bond 007 is known for being a connoisseur of beautiful women, high tech gadgets and fine cocktails. Created in 1953 by writer, Ian Fleming, the British Secret Service agent is famous for his trademark Martini cocktail drink – “shaken, not stirred”.

So, does James Bond have good taste in drinks? The answer, of course, is yes! We wouldn’t expect anything less of Britain’s finestinternational secret agent. Read on to find out more about 007’s favourite tipples… 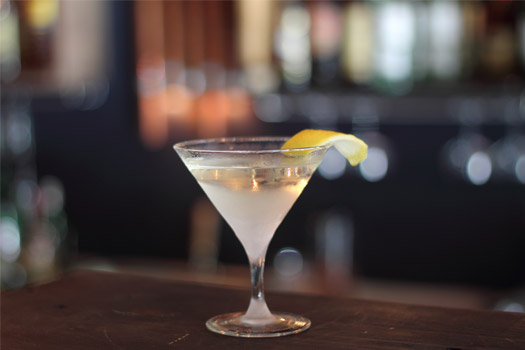 Vesper Martini
Bond drinks two types of Martini cocktail – the Vodka Martini and the Vesper Martini. Bond fans believe the lesser-known Vesper variant is the “true” Bond drink, as it’s the first to be mentioned in Fleming’s books – and the spy even claims to have invented it. It is first mentioned in the 1953 novel, Casino Royale, later appearing in the film of the same name.

It’s described as being made from a dry Martini mixed with three measures of Gordon’s gin, half a measure of Kina Lillet and one measure of vodka. The ingredients must be shaken together and served ice cold in a deep champagne goblet, with a slice of lemon peel.

Kina Lillet was a French wine-based aperitif, flavoured with fruit liqueurs and quinine, giving it a bitter taste. It’s now no longer available, since quinine is best-known as a malaria treatment. However, variations of Lillet are still available today.

Vodka Martini
Bond’s famous Vodka Martini crops up numerous times in many of the 007 movies. Eagle-eyed fans say he drinks it more than 20 times in the films. Trivia fans may be interested to learn that researchers studying the effects of alcohol have added up how much 007 drinks: in 88 days, he consumes 1,150 units of alcohol. This equates to around 92 units a week – quadruple the recommended maximum amount.

The importance of the Vodka Martini cocktail was recognised in the 24th Bond film, Spectre, starring Daniel Craig, produced by Metro-Goldwyn-Mayer and Columbia Pictures in 2015. The studio signed a deal with Belvedere Vodka – said to be worth several million pounds – to have Bond sipping the cocktail during the movie.

It was believed to be partly due to fans’ social media comments after 007 was seen swigging Heineken in Skyfall in 2012, as they wondered whether he was really a fizzy lager man! Sadly, the exact recipe for Bond’s Vodka Martini cocktail can’t be found in any of the books or films. 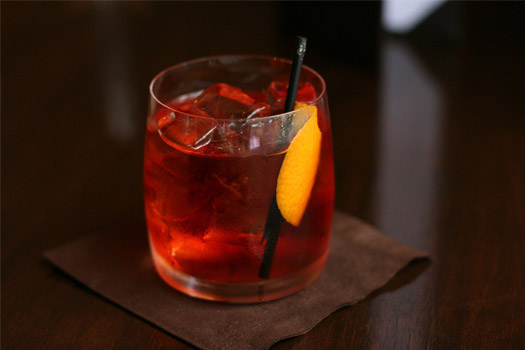 The Americano
It was a move away from Bond’s traditional Vodka Martini cocktails when the Americano appeared in From a View to Kill, starring Roger Moore, in 1985. It’s seen as significant that he’s drinking an Americano because he feels it’s a more “appropriate” drink when dining al fresco. It shows he is a refined drinker.

In the film, Bond was dining at an outdoor French café, when he also mentioned a liking for Perrier, claiming that “expensive soda water” was a cheap way of improving a poor drink. The Americano is traditionally made of Campari mixed with sweet vermouth and club soda. Bond notes that in cafés, it’s necessary to consume the “least offensive” of what he describes as the “musical comedy drinks” on the menu.

The Old Fashioned
A way of enjoying a great whiskey, the Old Fashioned is mentioned in several of Ian Fleming’s books, including Diamonds Are Forever, Thunderball and Live and Let Die. However, the traditional drink is notably absent in the Bond movies. The whiskey cocktail can be consumed with a meal or simply as a nightcap. The superspy almost always drinks a double!

The Old Fashioned appears to be a simple cocktail on the surface. Made with whiskey, sugar, bitters and a splash of water, it can be a complex and flexible cocktail. It can be useful to experiment with various whiskeys to find different tastes – some prefer bourbons, while others feel rye whiskey makes a better Old Fashioned.

Historians say the cocktail began in the early 19th century, when the mixture was first popular. Over the years, variations of the ingredients were introduced but today, the original Old Fashioned is popular once more. Served with half a slice of orange, half a slice of lemon and a pineapple chunk, the cocktail combines one measure of Old Forester Bourbon, two dashes of Angostura Bitter, a lump of sugar and a dash of soda.

Mixing up drinks is a fun activity for a hen party – and our Butlers with Bums cocktail masterclass is a great way to break the ice and get everyone talking. Our experienced mixologists will teach you how to mix a cocktail like a pro, providing top tips and recipes. For a small additional cost, you can also book one of our hunky Butlers along with the mixologist, to serve the cocktails, host the party games and provide eye candy – now that’s a View to a Kill!