First released in 1994, it tells the story of a young, socially awkward, ABBA-obsessed woman named Muriel Heslop (played by Toni Colette). She’s ridiculed by her so-called ‘friends’ who are all slimmer and more fashion-conscious than she is. Sick of her life in a dead-end town and living with a father who psychologically abuses both her and her mother, she dreams of getting married to the man of her dreams. She wants to escape the town of Porpoise Spit for good. 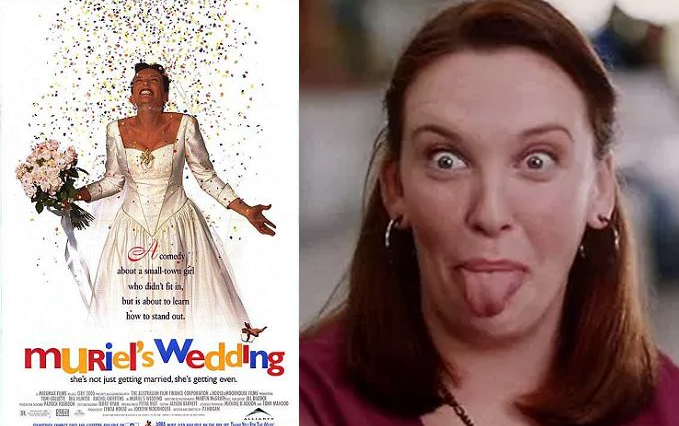 Recruited into a pyramid selling scheme by her father’s mistress, Muriel receives a blank cheque from her mother. But, instead of joining, she drains $12,000 from her parents’ bank account and heads to Hibiscus Island, where her ‘friends’ have gone on holiday without her.

Here, Muriel meets another social outcast from her schooldays, Rhonda. The two become firm friends. When she returns home, her mother confronts her about the money. But, Muriel flees to Sydney with Rhonda, where she starts to meet men. Eventually, she agrees to marry a South African swimmer so that he can stay in Australia to compete in the Olympics. She soon realises that a platonic marriage – no matter how elaborate the ceremony – wasn’t what she really wanted. The rest of the film follows how her life has changed since leaving Porpoise Spit.

The most famous scene

One of the most famous scenes from Muriel’s Wedding shows Muriel and Rhonda taking part in a talent show. They perform ABBA’s Waterloo dressed in full ABBA gear. At the time of the film, being an ABBA fan was seen as a bit naff, so Muriel’s love for the band suited her character!

There are five ABBA songs featured in the film. But, writer and director P.J. Hogan had no budget for music rights, so he asked ABBA to use the songs free of charge. If they’d said no, the film wouldn’t have been made… And ‘no’ was nearly the answer after a bad experience the band had with another filmmaker. By then, ABBA had disbanded, and Hogan’s persistence paid off. In fact, the timing was perfect, as ABBA released a compilation album in 1992 which became their bestselling album. Interest in the band was revived thanks to Muriel’s Wedding too – particularly in the US, where the film became a cult hit.

ABBA is now working on a brand-new project, set to be unveiled in 2018. Their tour will be a “new virtual and live experience”. They plan to use virtual reality and artificial intelligence to appear as holograms on stage. And there’s a strong possibility that the band members may reunite to sing live together too. For ABBA fans, this is great news! 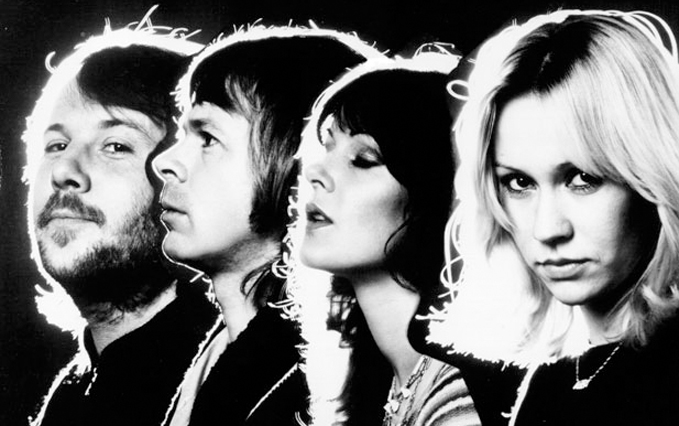 ABBA tracks are perfect for celebrating a hen party. The timeless and fun classics will really help to get the party going! If you’re looking for more celebration ideas, check out the hen party services you can enjoy with Butlers with Bums! From topless butlers to cocktail masterclasses and life drawing, we’re sure that you’ll be saying ‘Gimme! Gimme! Gimme!’ when your butler arrives!