When it comes to throwing a party – whether it is for a birthday, hen party, work or a charity affair, it can be difficult to find a theme. There are so many different themes out there it can be challenging to choose which one that you want to go with.

We’ve put together the top five party themes that are just perfect – regardless of your budget.

What a great party theme! It allows for many party games and competitions. For those who don’t want to dress up, they can simply dress all in black and claim to be a ninja. Alternatively, those who love dressing up can go completely overboard with the full pirate costume. There are a wide range of costumes that can be created within this theme and it makes for an extremely fun party – especially as both pirates and ninjas are well known for sabotage!

A superhero party can involve the typical, popular heroes, or super villains and arch nemeses. It gives people a chance to either knock together their own costumes or buy/rent them. From the classic choices of Batman, Superman, Spiderman, and Wonder Woman to the simple Agents of Shield, Agent Carter and Lex Luther, there are costumes for everyone!

Though it doesn’t immediately sound like a great idea for a party, robots is a theme for which you can throw a costume together in just a few minutes. With the rise of sci-fi in TV and film, there are lots of different robots out there. Popular choices are The Terminator, i-Robot, Tron, or the classic square robot. There is something for everyone. 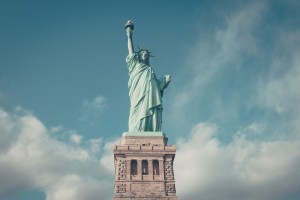 The 4th July is an event that is marked in the USA with fanfare and fireworks. But, it’s also a great theme for UK parties any time of the year. You can dress in the American Flag, Captain America or come as one of many different icons that America has produced. Independence Day is a theme that has a lot more choice of costumes than any other party theme. Especially when an 80 year old can dress as the Statue of Liberty and young girls can be lifeguards out of Baywatch!