With Brighton Pride celebrating its 25-year anniversary in a year that has seen so many changes for gay rights, we were honoured to take part. There were over 200,000 people involved and watching the event, and celebrating Pride 25 in Brighton. 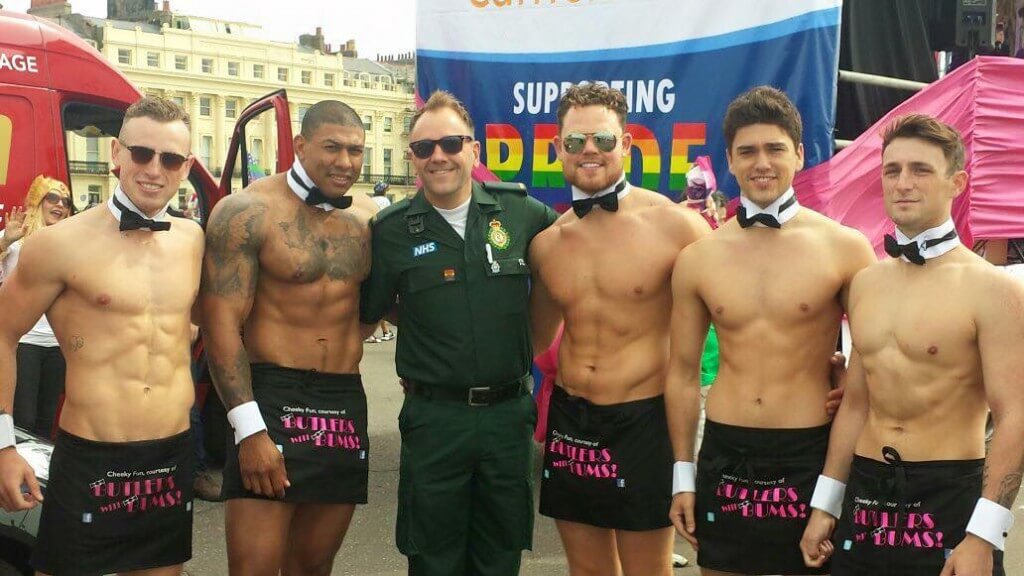 History of Pride in Brighton

Gay Pride has been something that Brighton is well known for, but it isn’t a recent development. The first gay pride march in Brighton was in 1973, though it was certainly not the great spectacle that we now expect to see.

The first march was small. It was a standalone event that wouldn’t be seen again in Brighton until 1991.

In 1991, there were laws passed that banned the promotion of homosexuality. Understandably, there were political objections amongst the gay community. This led to the Pride parade being held over the May bank holiday weekend.

For four years, the Pride parade in Brighton struggled due to homophobic attitudes in the local press and a general lack of financial support. Despite this, Pride has now been running 25 years.

In 1997, the Pride parade was moved from the May bank holiday to early August, where it has flourished. The Brighton Pride parade was awarded charitable status in 2004, and celebrities progressively began to donate towards the event. In 2011, the previous management of Pride went bankrupt. But, under the current management, Pride has raised over £110,000 for LGBT community groups in the Brighton and Hove area.

The stars turned out for Pride 2015 and helped to celebrate the 25th anniversary of the festival in flamboyant style. DJs, artists and performers (including Fatboy Slim, Foxes, The Freemasons, Blooms, Wayne G and Ella Henderson) came to entertain the crowds. The Human League brought the festivities to a close with a show-stopping performance.

One of the great aspects of Pride 2015 was Lunch Positive. Lunch Positive is a Brighton-based charity that runs a weekly lunch club for people that are HIV positive. The charity set up a community café during Pride 2015. Staffed by volunteers and supporters of the charity, the proceeds from the café were put back into supporting their work.

The Butlers with Bums Pride Day

Armed with our collection buckets for “Freedom to Live”, the official charity of the Pride festival and title of the latest pride exhibition in Brighton, our boys were dressed in their finest bow ties and aprons. They helped raise money and had a lot of fun taking part.

Butlers with Bums had so much fun being in Brighton. There were so many people who were out and about looking for something a little different. Even at such a diverse event, we still stood out.

There was a very warm response from the LGBT community (especially when the boys started the day off with their morning exercises). You can see the video of our day at Pride 2015 here: