LGBT stands for: lesbian, gay, bisexual, transsexual, and transgender. History dates right back to ancient times, with documentation from ancient Greek and Egyptian times depicting same-sex relationships. For centuries, though, those in the LGBT community across the world were shunned. Often persecuted by the church, by the state and by medical authorities, with a lack of acceptance for “non-conventional” non-heterosexual relationships. 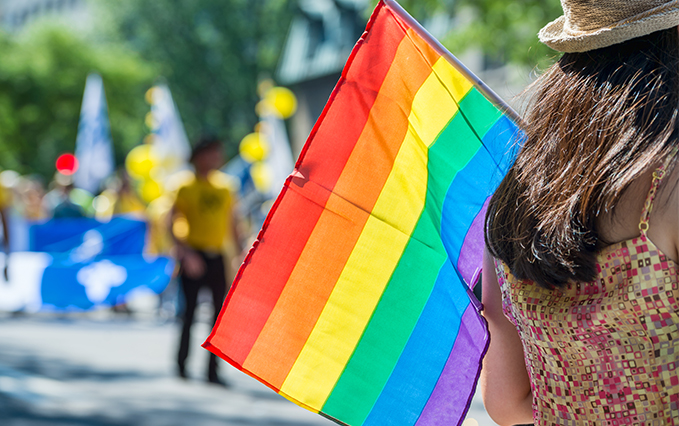 It’s only been in the last 150 years or so that social movements have addressed the concerns and identity issues faced by LGBT people. Today, opinions are very different.

France became the first country to decriminalise homosexuality in 1791. This was followed by the Netherlands, Brazil, Portugal, England, Italy and many other countries around the world. After such positive moves, 1897 saw the founding of the Scientific-Humanitarian Committee in Berlin. The first LGBT rights organisation in history, which campaigned for social recognition and lobbied against persecution.

Throughout the 20th century, the sentiment towards the LGBT community continued to shift. In 1951, Roberta Cowell was the first British trans woman known to undergo gender reassignment surgery. In the USA, Stonewall Riots of 1969 set off the modern LGBT movement – including the tradition of Pride marches. The first London Pride march took place in 1972 with around 2000 participants. In 1992, the World Health Organisation finally declassified homosexuality as a mental illness.

In 2004, the Civil Partnership Act gave same-sex couples in the UK the same rights as heterosexual married couples. In the same year, the Gender Recognition Act gave the trans community something to celebrate, giving them full recognition in their chosen gender. Nine years later, the Marriage (Same-Sex Couples) Act gave recognition to same-sex marriages in the UK.

Around the world, the number of major events celebrating LGBT rights and the LGBT community has increased over the years. Pride festivals and parades are most widely recognised.

Possibly the largest Pride event is in Brazil’s Sao Paulo. At its peak in 2006, over three million people attended. NYC Pride in June regularly attracts over 2 million visitors each year. Meanwhile, the Amsterdam and San Francisco Pride events are also well worth a visit.

There are sporting events too, with the likes of European Gay Ski Week in Switzerland each winter and the Olympics-style Gay Games, which take place every four years in a different global city. These events have huge importance in the LGBT calendar. They celebrate the world’s diversity and continue to make the world a more loving and tolerant place.

So, if you’re looking to liven up an LGBT event, check out the services that Butlers with Bums has to offer! Known for our regular presence at Brighton’s Gay Pride, we have tons of experience in hosting mixed and gay events.

Our hand-picked hunks aren’t just buff butlers. They’re professional, friendly and easy to get along with too, making them the perfect addition to your celebrations. Contact us to find out more.